Firstly, the Assessment Day, regarding my cataract surgery, didn't exactly go as planned and I was so glad that I hadn't gone on my own.  I knew that I wouldn't be able to drive after the appointment because of having drops in my eyes which would affect my vision.  So  a good friend collected me and Benji (the Dog Who Can't Be Left Alone!) and drove us to the hospital in plenty of time for my appointment - despite the l o n g delay because of repairs to the Tamar Bridge only allowing one lane of traffic to cross at a time.

So - I had a further eye check and the promised drops inserted (3 lots!) then I was sent in to see the consultant. He asked me what I was expecting from the cataract removal and I replied that I had heard so many reports about the wonderful outcome when vision is restored.   He then warned me that the results might not be as good as expected because the Macular Degeneration would probably have a negative effect.

"Oh! You didn't know you had that?" he asked.  No, I didn't know.  No-one had told me that.  He couldn't apologise enough and said he assumed I knew because it was on my referral form from the optician.

I confess I was in shock from then on and I have no idea how the conversation went on.  I do remember him asking if I had any questions and I replied, "Yes - lots, but mainly how does this progress and at what pace?"  I don't think he was able to give me a straight answer or an accurate one.  I did a heck of a lot of internet trawling that evening.  It isn't good news, that's for sure, but I have had time to process things and I've been referred to The Macular Society - lots of information and tips from their online presence and the possibility of an MD group in the nearby town.

So I can still go ahead with having the first cataract removed and see what effect that has on my vision before deciding whether or not it's worth having the 2nd one removed.  At present, my vision is blurred, like looking through badly scratched glass, so I reckon that should improve with new, clear lenses.  The effect of the Macular Degeneration is to remove my central vision - there's a black blob in the centre - but I instinctively move my head from side to side to use the peripheral vision.  This is more effective when looking into the distance, but not so good with close work. I cope with reading by using my Kindle with enlarged font; on my laptop I zoom in on the font enough to make it readable; applying  lipstick accurately is well nigh impossible!!! And it's so frustrating to find that my online banking would be so much easier if they used BLACK font instead of their pretty faint blue!

It took me a week or so to come to terms with that diagnosis, then I heard of the terrible fires raging across Turkey - where one of my sons is living. There was very little information on the news, what with Covid and the Olympics, so I looked online . . . . Oh my word!  I found videos of the fires around my son's village and the lack of firefighters or Government help; their water and electricity was cut off, internet and phone lines were down; my emails to him were met with silence.

I was constantly checking online BUT I won't dwell on that.  Suffice to say that eventually I had an email from my son, then another a couple of days later and finally, yesterday a phone call.  The relief to hear his voice. It appears that the temperature has dropped and the fires are either out or under control now, so they can relax a bit more.  They have been sleeping in shifts while they were on fire alert, and ready to be evacuated at very short notice; things have been scaled down a little now and all are praying that the winds will drop and won't change direction.  Greece is suffering badly now, so I hope things will improve there too. So many homes have been destroyed, land burned, vineyards, animals lost and people's livelihoods gone.

I am so very grateful to know that my son and his partner are safe and that they still have their home.

Thank you for showing an interest in my blog. I do appreciate your comments. 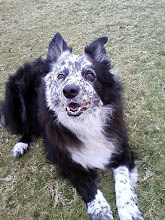 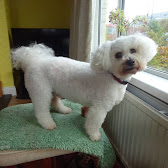 Rambler
I love to be outdoors, enjoying this beautiful part of the country where I live. Housework and ironing lose their attractions (if they ever had any) when the sun shines, the sea sparkles, the birds are singing; I need to get out there. exploring beaches and Moors or simply relaxing in a quiet, secluded place with a book and a thermos of coffee. I also love my garden - it is crammed with plants so that there is little room for weeds and the lawn shrinks in relation to the number of new plants that need a space. So there are liable to be many garden-related photos,as well as anything beautiful or interesting that I see while I'm out and about. (Not difficult in Cornwall!)